Uh oh, I'm a bit late! Well here's another update. Pardon any spelling errors in this one but for some reason my spellchecker isn't working and I can't be bothered to try to resolve it.

So a couple of months back I published my first mod for Deus Ex. Whoo. All it does is make JC Denton super duper small - which originated from a joke myself and my partner made.

I was pretty surprised by how easy it was to do this, as it only took me less than a day. I've been tempted to try this with other games as well that support mods but a lot of them from my experience don't typically tend to handle smaller hull sizes very well...

Unfortunately I've no idea if anyone has tried it yet as I've had little to no feedback. If you're interested in giving it a try then it's available here, and please let me know what you think, as I can't improve on it otherwise!

Toying around with Xenia

Always super impressed by the work progressing on Xenia. Emulators are a great way of ensuring that games are available for future generations to play without having to depend on the original hardware.

I'm also surprised by how easy it is to use, particularly because it doesn't seem to depend on anything else but the ISO of the game you want to run and then off you go! Okay, except for minor tweaks in the config necessary for AMD GPUs in my case, but besides that I'm very impressed.

I'd learnt a couple of weeks back that it's super easy to dump Xbox 360 games providing you have an external hard-drive so I decided on a whim to give Fable II a go, which is probably my favourite game in the Fable series. 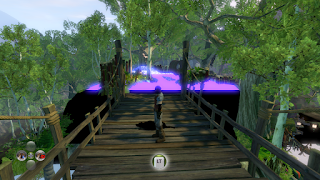 This probably looks like a mess but honestly I'm gobsmacked it works as well as it does - performance is great and most of the game is displaying just as I remember it.

It's worth mentioning that the ticket currently open for Fable II already outlines the problems I'm seeing here, so these are known and hopefully will be rectified soon.

So I don't need to say much here except, attempts have been made... 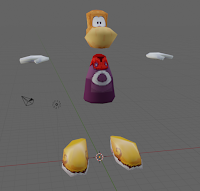 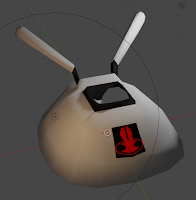 Anyway I learnt enough from these failed attempts for me to at least put together some models for a game jam I'm currently participating in. I'm pretty happy with my relatively simplistic low-poly ship. 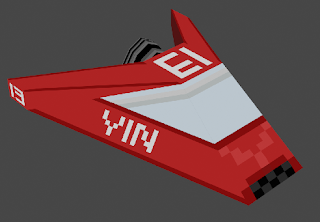 So remember Yin's Node format (I'm pretty sure I discussed it last time, otherwise this is awkward)? Yes, that's right - I'm still sorta working on it, but it's pretty much finally completed the bulk of it as of *checks calendar* the 28th.

The major final challenge was ensuring that the tokeniser was working as expected. It gave me a good opportunity to implement a tool to convert the existing materials to the new node format at runtime, so I could test it in real-time.

Support for all types with the exception of the link type have been completed. I'm not likely to use the link type just yet, so I've left it out for now, but the idea would be that it would pull in a node and it's children from another node file - useful for the world format as this essentially allows it to include resources from other worlds and lots of other fun horrible complicated interconnected horrors.

I've been working on outlining a spec for both the binary and text formats that I'll publish when it's ready, just on the off-chance it might be useful to anyone else.

The idea for Yin is to use the text-based representation for the development stage and then convert everything into binary form when running it through the package manager. I'm a little paranoid about anything going through the conversion getting mangled, particularly because the format uses a pre-processor to allow you to include node files into other node files or use macros etc., so lots of potential for things to go wrong.

Yes, I need to implement tests...

Now I just need to convert all of the shader program config files and other materials to the new format.

Fortunately I've not spent the last three months working on nothing but the Node format. First up we have a new little area I created for testing. 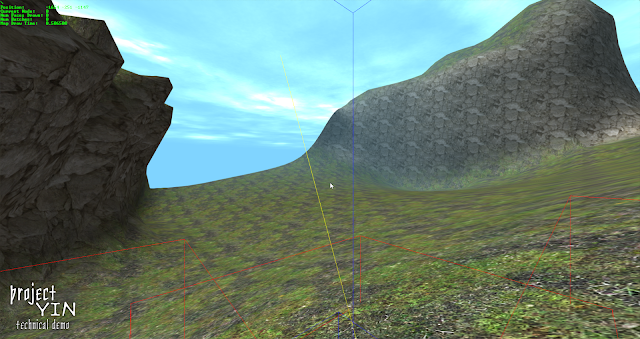 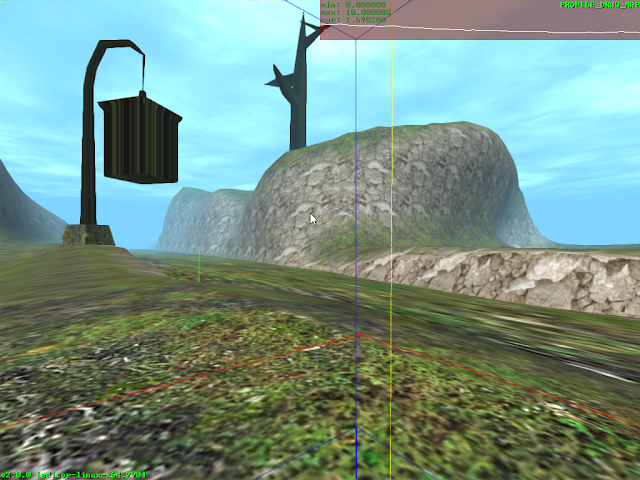 I've implemented some new debug overlays as well that provide some graphs. Exciting.

And, I've heavily refactored my so called 'Platform Library', now called Hei, so some parts of it are split into separate components.

It's something that was on my backlog for a long time but was put off due to the amount of work - turned out that was the easy part, but I had to make things harder for myself by deciding to refactor the function names to use a different convention... On the bright side I think the distinction between function and variable names is a lot clearer now.

The editor for Yin is still in the works, I've made some progress but not as much as I'd like, but now that the Node serialisation and deserialisation is pretty much completed, there's nothing really stopping me anymore. 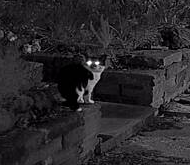